With a big serving of Rulk! 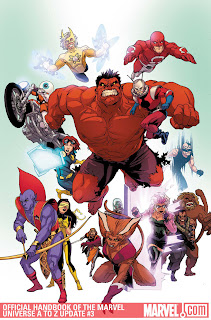 OFFICIAL HANDBOOK OF THE MARVEL UNIVERSE A TO Z UPDATE #3

Posted by Michael Hoskin at 5:29 PM No comments: 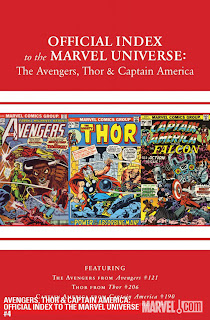 The chronicle of the Marvel Universe returns as the All-New Official Index to the Marvel Universe delves into the history of three more of Marvel’s most enduring titles! Return with us to the Silver and Golden Ages as we launch our coverage of the Avengers (from AVENGERS #121), Thor (from THOR #206), and Captain America (from both CAPTAIN AMERICA #190 and 1941’s CAPTAIN AMERICA COMICS #14). Watch the Marvel universe’s history unfold month by month as each issue provides synopses for dozens of individual comics, including back-up strips, introducing the characters, teams, places and equipment that appeared within, providing vital information about first appearances, where they last showed up and where they appeared next! 64 PGS./Rated A …$3.99

Posted by Michael Hoskin at 5:27 PM No comments:

The big news at comic stores tomorrow is that Brian Michael Bendis' new Avengers#1 launches, with "Avengers parties" being held at certain shops. In addition to the Bendis book and cake, tomorrow is also your day to celebrate the release of Avengers Assemble#1, the new Avengers handbook!

Posted by Michael Hoskin at 2:55 AM No comments:

In an amusing aside during the run of Master of Kung Fu, Shang-Chi's friend Black Jack Tarr developed an interest in culture. 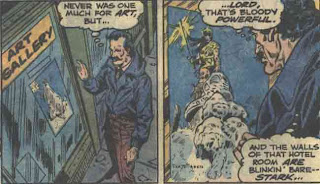 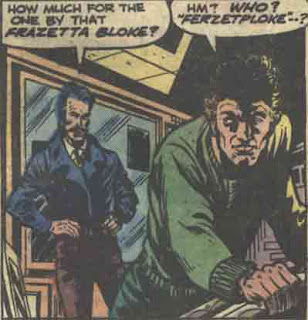 It tickles my fancy to imagine Tarr in a custom van decked out with one of Frazetta's illustrations.

On May 10th, we lost That Frazetta Bloke, who left behind a vast body of beautiful fantasy illustrations, memorable comic book collaborations with the likes of Al Williamson, and a legion of admirers such as one Black Jack Tarr. RIP, Mr. Frazetta.

Posted by Michael Hoskin at 11:04 PM No comments: 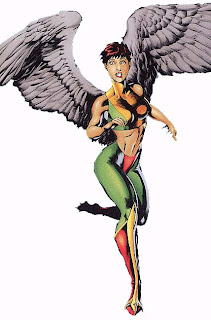 About a year ago, the Atom looked like this: 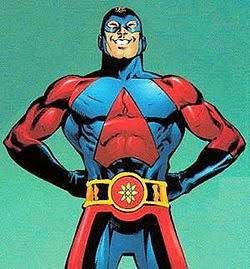 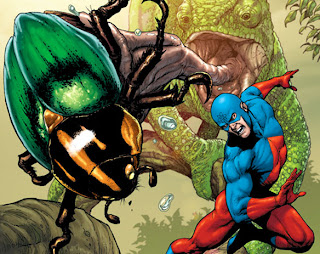 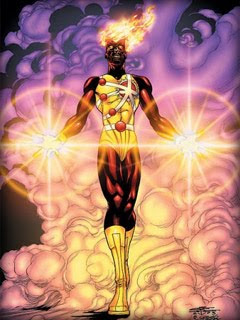 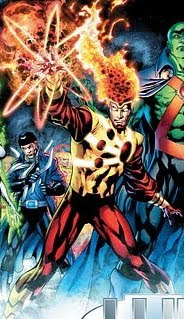 These so-called "legacy" versions of older DC super heroes have really taken it on the chin lately; in fact, the Hispanic Hawkgirl and Asian Atom were flat-out killed so that their predecessors could reclaim the identities. As I've seen others observe on the internet, DC seems unable to escape the gravitational pull of 1983; everything reverts to the early 80s version of the characters eventually. 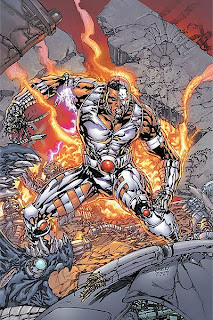 Vic, let me tell you something: you are dang, dang lucky you didn't name yourself "Robotman III." If you had, you'd have been snuffed decades ago, probably to help convince your readers that Shrapnel or Chemo were serious threats. It's a thankless job being the minority version of a long-standing DC hero and while "Cyborg" wasn't the most original name you could've thought of, at least you are your own man. Now, I'm not saying you Titans hold funerals every other month, but if I were you I'd start laying away a few dollars for Jaime Reyes' plot. It's only a question of time, right?

Posted by Michael Hoskin at 5:11 PM No comments:

Email ThisBlogThis!Share to TwitterShare to FacebookShare to Pinterest
Labels: comics

Stop being "clever" with your titles, okay? In a single day I saw these three books grouped together, each from different authors and publishers:

FROM POLITICAL WON'T TO POLITICAL WILL: BUILDING SUPPORT FOR PARTICIPATORY GOVERNANCE

FROM THE SLAVE TRADE TO 'FREE' TRADE: HOW TRADE UNDERMINES DEMOCRACY AND JUSTICE IN AFRICA

What next? "From Democracy to Mediocracy?" "From Liberty to Library?" "From White House to Outhouse?" Just...no more.

Posted by Michael Hoskin at 4:52 PM No comments:

Email ThisBlogThis!Share to TwitterShare to FacebookShare to Pinterest
Labels: across my desk, books

I know I shill my product on this blog a lot, but I'm really impressed at how one of my recent books turned out. It's the Iron Man: Official Index to the Marvel Universe, collecting all the Iron Man entries from the first volume of the Index.

For one thing, it's smaller than a normal comic. Check out this size comparison to a normal issue of the Index: 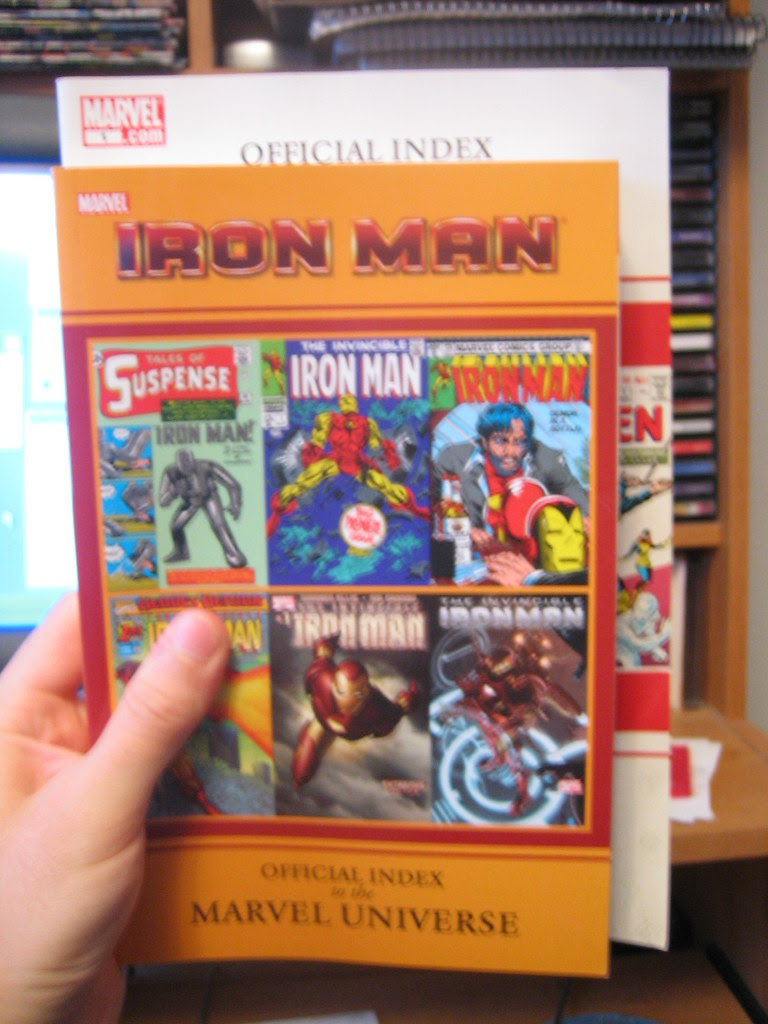 The trade is printed on cheaper paper than the individual issues. Thanks to the rough texture and the smaller size, it's a breeze to flip through the collection. 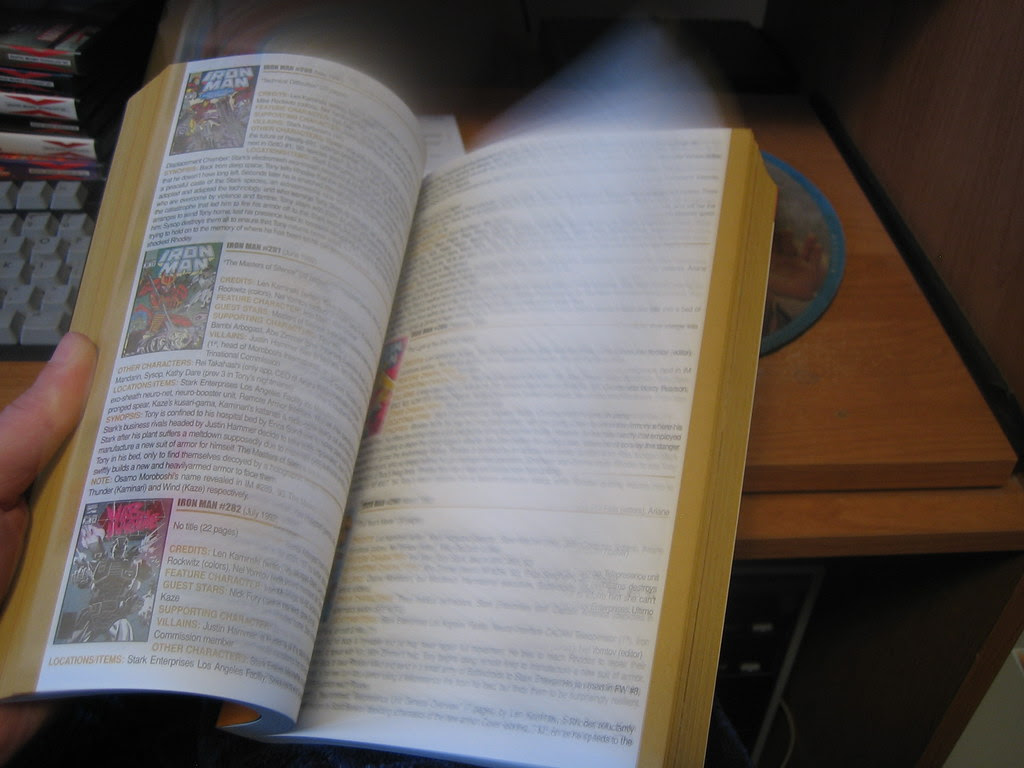 I can see myself using these volumes a lot, they're simply so easy to use with a wealth of data right at my fingertips. I approve of this item. 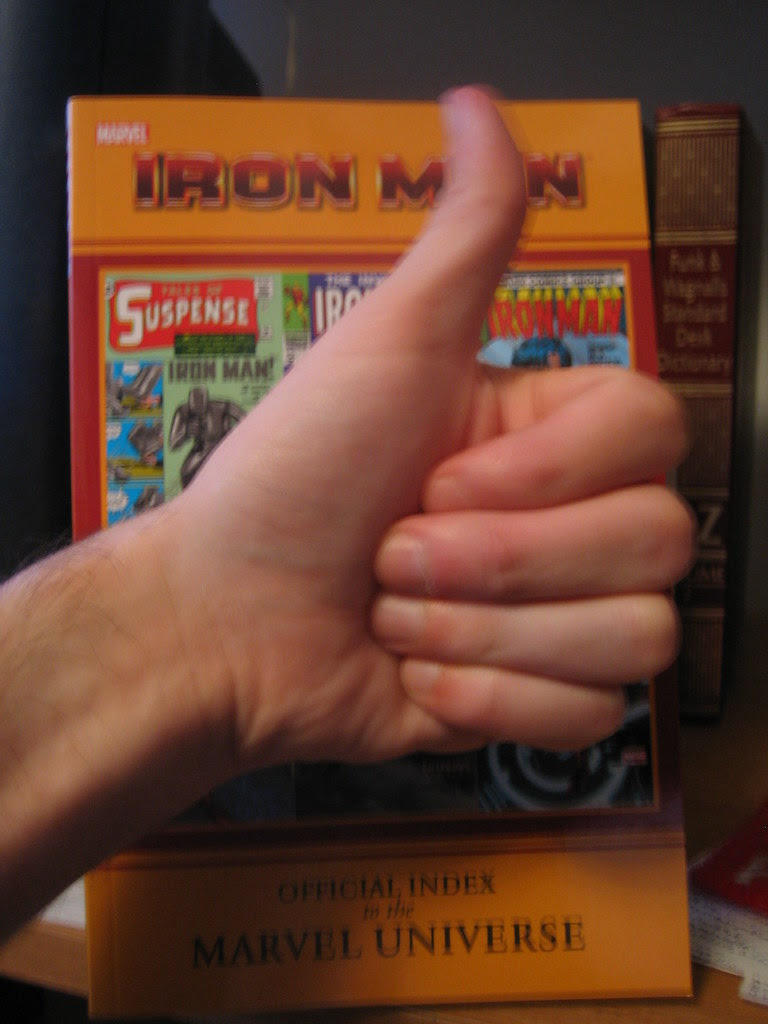 Posted by Michael Hoskin at 8:07 PM No comments:

People don't get my humour. Should they?

So, I was walking through Chapters with a friend when I glimpsed this book cover: 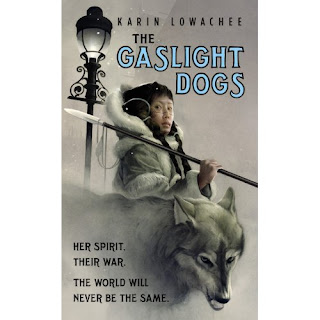 I pointed it out to my friend and remarked, "Gaslight Dogs! I bet the dog is after missing jewels so he rearranges all her furniture to make her think she's going insane!"

My friend was puzzled.

Posted by Michael Hoskin at 4:53 PM No comments:

Email ThisBlogThis!Share to TwitterShare to FacebookShare to Pinterest
Labels: opinions

The relaunched Index#1 is out tomorrow!

Issue #1 of the brand-new Official Index to the Marvel Universe is released tomorrow, beginning a new round of indexes for the characters Captain America, Thor and the Avengers! I blogged the solicitation here. Get in at the ground floor, it's a terrific resource!
Posted by Michael Hoskin at 4:08 PM No comments: